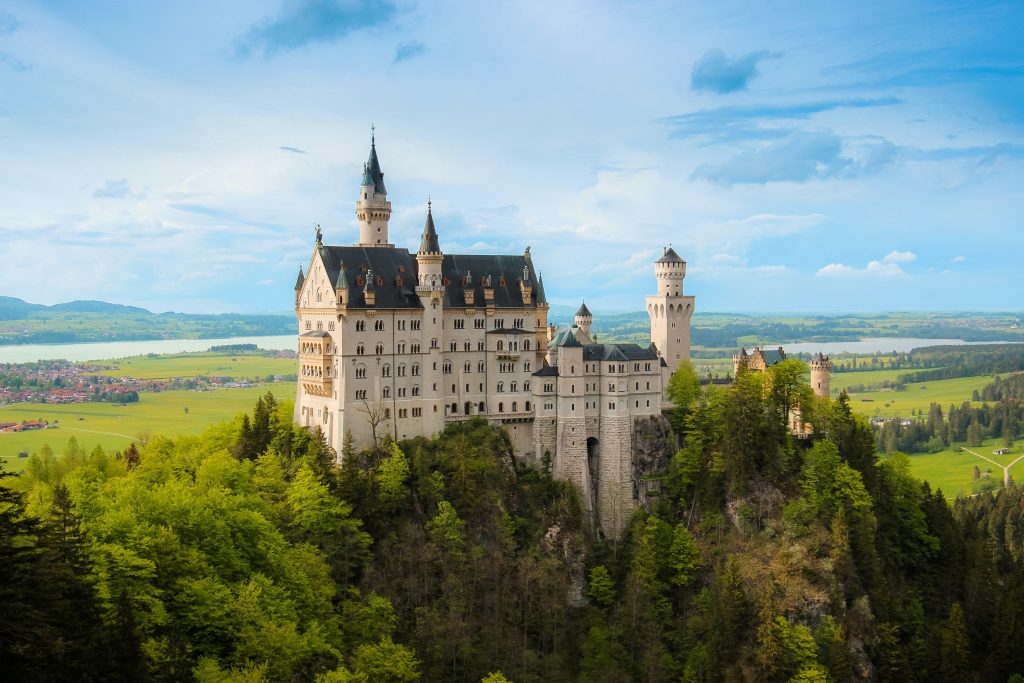 For Amazon, it is rarely enough simply to expand into new markets; the aim is always to become a key player in everything they do.

Of course, Amazon has served as an important channel to market in gaming for some time now.  However, more recently, Amazon has been turning its attention to other opportunities in the gaming market.  With its launch of Luna in the autumn of 2020, it set out its stall to become a key player in Cloud Gaming.  And soon, it is set to launch New World – its major new Massively Multiplayer Online Role-Playing Game (MMORPG).

A New World in a Mature Market

We often think of online gaming as a new and rapidly growing market and, in many ways, it is.  However, the MMORPG space now has a long, and well-established history.

World of Warcraft (WOW) has, since its launch way back in 2004, been the dominant player in the market.  WOW has been with us for 17 years now. Its key rival, Final Fantasy XIV (FFXIX), has now been around for 11 years.

An MMORPG with an even longer history is RuneScape.  It doesn’t attract the number of players you’d see with the big two, but it remains a popular and enduring game.  It has been around for 20 years now – testimony to the potential longevity of a successful MMORPG.  I remember playing it years ago (yes, I used to be an adventurer like you, until I caught an arrow in the knee…).

So, MMORPG is a market with several well known (and well loved) established players.  It is also a market that has found a comfortable niche for itself.  Only around 1 in 20 gamers would say they were MMORPG fans, so it is very much a minority interest even within the gaming world.  However, as we all know, many of those fans are very devoted, spending many hours playing these games, month in, month out.

Breaking into a mature market like this, populated by several well established and popular brands, won’t be easy.  But that’s never stopped Amazon before.

Exact figures on player numbers are hard to come by. The major MMORPG brands keep their numbers close to their chests these days).

WOW has been the most popular MMORPG for years now. It reached a peak of 12 million subscribers in its 2010 heyday.  Its popularity has waned somewhat since then (the last official published figure was 5.5 million subscribers in 2015) but it is still the key player.  Figures from mmo-population (which can’t be taken as gospel) currently place it as attracting around 3-4 million active players every month.  That still places it ahead of its nearest rival FFXIV, which the same source estimates to have around 2-3 million active players per month.

FFXIV took a while to get established but in more recent years it seems to have been steadily building momentum.  In the overall scheme of things, it came to the market fairly late (2010). At that time WOW was most dominant.   Its success has come from a long haul rather than an overnight sensation but is now well placed to challenge WOW for the crown.  It has taken a while to get to where it is today and that is despite the advantage of being based on a popular franchise that has been around since 1987.  This just goes to show that establishing a successful game in the world of MMORPG can be a tough grind.

But that is often what it takes to make it in a mature market – sheer persistence, coupled with getting things right over the long-term, counts for much.  After all, the nature of the genre is as much about building an engaged community as it is about selling a game.

Attracting 2-4 million players worldwide each month may not seem like so many.  These numbers are easily dwarfed by the tens of millions that play many free-to-play games (not least Hearthstone, WOW’s free-to-play spin-off card trader).  However, WOWs players are not free-to-play, they provide Activation Blizzard with a regular source of fee-paying subscription income.

So, it is a potentially lucrative market to get into.  You can see the appeal for the likes of Amazon.

How then might Amazon go about establishing New World as a leading MMORPG?

Any discussion of WOW these days can’t ignore the elephant in the room.  WOW has clearly suffered from the sexual harassment scandal that has engulfed Activation Blizzard.  Many point to a migration of MMORPG players away from WOW to the likes of FFXIV as being a direct result of this.  Some speculate that perhaps WOW may finally be on the verge of losing its market leading position.

Could this be a weakness that might be exploited?  With Amazon about to launch New World, the scandal that broke at Activation Blizzard over the summer could hardly have come at a worse time.

However, despite these troubles, I still think it would be a brave man who’d bet against WOW in the long run.  Many have forecast its demise before, only to be proved wrong.  The game has proven surprisingly resilient over the years.

The scandal has left WOW vulnerable but by no means fatally so.  But the onus is clearly on Activation Blizzard to get its house in order and any failure to do so could yet lead to its demise.  All that said, Amazon will need to do a lot more than simply capitalise on WOW’s woes to establish New World as a key force in the MMORPG space

The strategies that Amazon can use for successfully entering this market are not any much different from entering any other mature market.

First off, the mere fact that the market is mature means that it is inherently difficult to do anything radically different or ground-breaking.  However, that is not to say it’s impossible to re-imagine and re-package the MMORPG concept in fresh and appealing ways.

Secondly, we need to remember the Jeff Bezos maxim “Your margin is my opportunity”, and the current subscription models generate a margin that Amazon can attack.

Thirdly, one way to attack a mature market is to make creative use of channels to market – by finding new and innovative ways to reach out to your target audience.

These will be the three things to watch out for in my view.  If Amazon can get these elements right, it will, with perseverance, successfully carve out a place for its New World.

There are a number of ways in which New World may be able to offer enough points of difference to tempt players into giving it a try (and more importantly, retain them).

New World does have the advantage of being new.  While it lacks the historic pedigree of its rivals, the flip side of that is that it also lacks the baggage. There is an advantage in representing a completely fresh start.  It can leverage the latest technology without having to worry about legacy and, if it can do that well enough, it can make itself stand out.

It has so far promoted itself as offering a strong Player v Player (PvP) element.  This may prove an attractive selling point if it works reliably.  The beta test revealed some possible issues here, but Amazon should have the necessary resources to set these right.  Certainly, the lesson of Cyberpunk 2077 should be that premature launches are dangerous waters.  In the MMORPG market, this can be especially costly.  FFXIV’s faltering start in 2010, cost it a good three or four years before it was able to get to a place where it could build some momentum.  Amazon must avoid this at all costs.

New World’s early modern world setting is different enough and certainly promises the potential to offer a rich gaming environment.  The challenge now is to really bring that to life with strong narrative content.

In the long run, it is crucial for an MMORPG, perhaps now more than ever before, to have a strong set of engaging storylines and intriguing quests.  Strong PvP is great but Player v Environment (PvE) is key. PvE has, for many WOW players, been the key to WOWs enduring popularity.  Indeed, many MMORPG players never or rarely play PvP.  For these players, the richness of the environment, the quality of the quests and the strength of storytelling is why they play.  This is what ultimately wins and retains players.  This will be the key test for Amazon’s New World.

A real strength of Amazon is the brand’s ability to bring compelling offers to market at a great price.  It is a common Amazon play to attack a market with the aim of making lower margins to leverage a price advantage that buys market share.

With New World the approach to pricing looks like it might be designed to create just such a point of competitive difference.

Rather than charging a monthly subscription, it looks like New World will simply require a single one-off payment.  In all likelihood, it will then seek to make money from the publication of additional in-game content.  That seems like an approach deliberately designed to attack the competition – why pay monthly fees when you can get the rival product for a one-off cost that’s less than a six month subscription?

That would appear to the aim anyway.  A point of difference for sure – but it remains to be seen how appealing this will prove to be in practice.

In launching the beta version, Amazon set out its stall to attract key influencers in the form of streamers.  Amazon have bet that if they can get enough streamers to buy into the concept, these people can each promote New World to potentially hundreds of followers.

Ultimately, the gaming market is heavily influenced by a cohort of highly engaged gamers who stream content, write blogs and contribute to online reviews and game ratings.  They represent a highly influential minority and, if you can get them on board, they will do much of the work of promoting your game to the wider market for you.

Amazon have realised this and have clearly tried to woo these influencers during their beta testing.  The only question is, have they made a strong enough impression upon these people to have sold their New World to them?  The obvious risk stems from the fact that these streamers are not beholden to Amazon.  If they like the game, they will promote it to a wide audience quickly.  But if they don’t like it, they could just as easily put potential players off.

New World launches later this autumn.  That’s when we’ll begin to find out if Amazon have got the ingredients right.

Launching in a mature market does require persistence and can be a tough learning experience if you haven’t got your ducks in a row.  The one thing Amazon can’t afford is to launch with anything incomplete or buggy.

However, if it can launch a game with that works well for PvP, offers good value, makes good use of new technology and which, critically, offers strong worldbuilding and storytelling, it could make a serious impact on the world of MMORPGs.

You can read more about us on our website.

If you wish to follow our weekly blog you can view all out past articles on our website here.

If you have any specific questions about our services, please contact us.