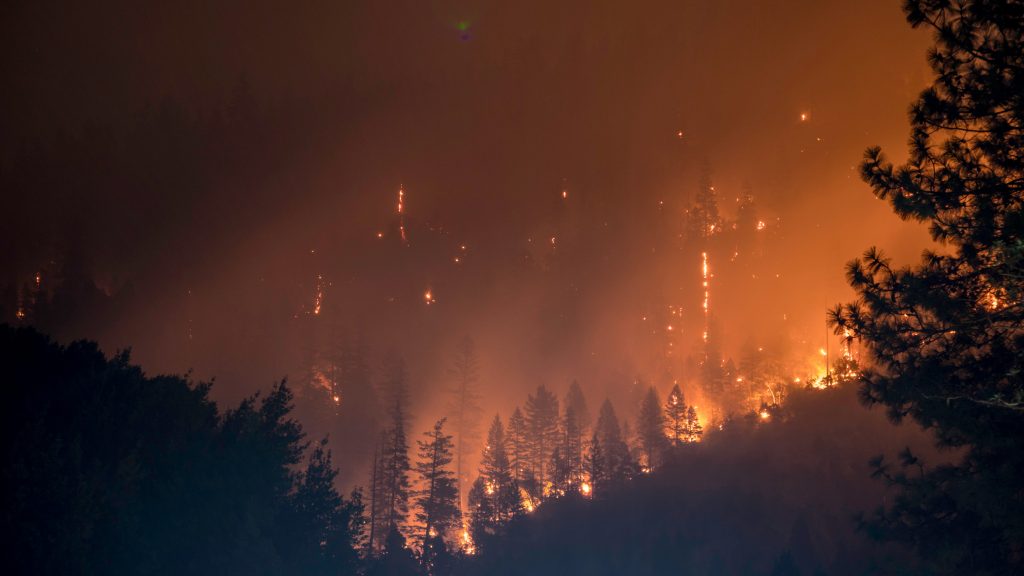 On 9th August, the IPCC released its latest report on climate change.  Based on a detailed assessment of the available scientific evidence, it concluded that we are virtually certain to see global warming of around 1.5oC over the next 20 years.

In the longer-term global warming could rise even further, potentially exceeding a 2oC increase by 2050.  And, if it does exceed 2oC, that is bad news.  At that level the report warns, “heat extremes would more often reach critical tolerance thresholds for agriculture and health”.  Indeed, under one possible scenario we might be seeing a rise of as much as 4.4oC by the end of the century.

“…unless there are immediate, rapid and large-scale reductions in greenhouse gas emissions, limiting warming to close to 1.5°C or even 2°C will be beyond reach.”

Who are the IPCC and why does this report matter?

The Intergovernmental Panel on Climate Change (IPCC) is the United Nations body for assessing the science related to climate change.  All 195 countries around the world support its work. Scientists from all around the world contribute to and assess its reports.

Every few years it publishes a detailed up-to-date assessment of where we stand.  The first report was published in 1992 and this latest report (August 2021) is the sixth.  As a result, its reports represent the most up-to-date, detailed and authoritative assessment of climate change available.

The impact of global warming

Delving into the detail of the report reveals some rather frightening statistics that bring home just how significantly climate change is impacting our world:

Over the past century, our world has experienced an average temperature rise of around 1oC.  We have only taken action to curb that increase relatively recently.

Where are we now?

Many nations have taken action to drive down CO2 emissions over the past two decades.  And, of course, the COVID pandemic temporarily forced a significant short-term reduction whilst much of the world was in lockdown.  So, we have made some progress.

However, although CO2 emissions are no longer rising by much, they are not yet falling.  We are still a very long way from achieving anything approaching net zero.

What does the future hold?

Where we go from here will, of course, depend very much on what we do.  Do we take dramatic action now?  Do we aim for sharp and significant reductions in emissions and take the economic and financial pain that such action would surely demand?

Or do we prioritise protecting the economy as far as possible and aim for much more gradual reductions? Depending on how fast (or how slowly) we act, the IPCC has calculated five possible scenarios.  Everything from a best-case scenario, based on what is likely to happen if we take drastic action fast.  Ranging through to a worst-case scenario, where CO2 levels continue to rise until late on in the century before finally seeing any reduction.

If we take drastic action now and achieve a global wide net zero for CO2 emissions by 2050 then the best-case scenario will apply.  However, so far, only 137 out of 195 countries have published a target of achieving net zero by 2050 (and even this is still under discussion in 72% of these countries).   Also, China (the world’s largest source of CO2 emissions) has set its net zero target for 2060, not 2050.

So, at present, the best-case scenario is unlikely.  Indeed, even under this scenario we are still almost certain to see a mean global temperature rise of 1.5oC relative to the average temperature of the world in the period 1850-1900.  It is now already too late to prevent that.

Given recent trends and current government targets around the world (and assuming those targets are all met), we are more likely to be looking at something similar to Scenario 2 or 3.

In Scenario 2, we would need to see a more gradual but sustained reduction in emissions, achieving global net zero by around 2070 or 2075.  If we achieve that, we can just about avoid a temperature rise of 2oC.

Scenario 3 would assume a very limited/modest rise in CO2 emissions, gradually flattening as the century wore on, followed by a steady reduction in emissions from around 2060 onwards.  In this scenario we would not achieve net zero until the end of the century.  If this happened, we would see a rise of over 2oC by 2060, approaching a potentially catastrophic 3oC by the end of the century.

How will global warming affect us?

Depending on where you are in the world you are likely to experience different effects from global warming.

Global warming has led to significant Artic ice melt but less significant melt in the Antarctic.  So it is not affecting us all equally.

However, places that have seen problems with extreme heatwaves leading to wildfires will see these events become increasingly common.  Places that have experienced more spells of torrential rain, leading to serious flash flooding will see such problems become a more frequent occurrence in future.

For northern Europe, global warming is likely to mean more heat waves in summer and fewer cold snaps in winter.  It will also mean more rain, especially in the winter, and more flash flooding following heavy downpours.  We can also expect to see more coastal flooding in those areas that have experienced such problems in the past twenty years or so.

For southern Europe and the Mediterranean region droughts, increased aridity and an increased incidence of wildfires in summer are very likely if global warming hits 2oC.  Agriculture in these areas is likely to become a lot tougher and the threat posed by wildfires will mean scenes like those in Greece in the summer of 2021 will become increasingly common.

Right now, we stand at a crossroads.  We can, if we so choose, act and limit the impact of global warming to something closer to that forecast in Scenario 1 or 2.  However, if we decide to act more slowly and opt to place short term economic and financial concerns before the longer-term environmental impacts, we may well be facing a serious crisis situation by the middle of the century.

In the light of this report, the decisions made at Cop26 this autumn will have a critical impact on our future.

You can read more about us on our website.

If you wish to follow our weekly blog you can view all out past articles on our website here.

If you have any specific questions about our services, please contact us.

Our world in data 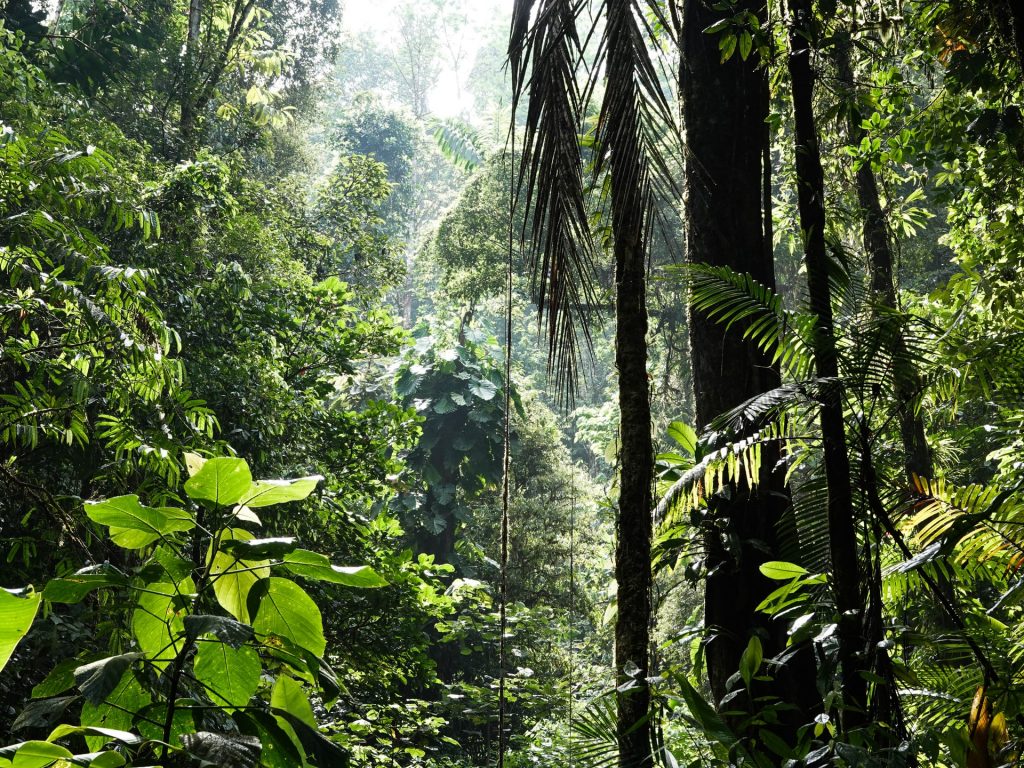 We all know that our world has been suffering from the effects of deforestation.  If this continues unabated, we will see not only a significant loss of biodiversity but also a potentially significant negative impact on global warming.  Whilst we often read about this in the press, I thought it would be useful to pull together some numbers that help to illustrate the scale of the problem.

Tropical rainforests only cover about 2% of the earth’s land mass, so on that basis you might imagine they can’t be that important.  However, this relatively small environment contains 50% of all the life on the planet’s land surface.  This includes an incredible variety of different animal and plant species.

Tropical forests also absorb a huge amount of carbon from the atmosphere and therefore play an important role in slowing global warming.  Tropical forests currently hold more carbon than humanity has emitted over the past 30 years by burning coal, oil, and natural gas.

But deforestation is accelerating

We have been aware that deforestation is threatening these habitats for a long time but, unfortunately, the problem is getting worse rather than better.

We are now in a situation where 30% of all the world’s forests have been cleared and a further 20% seriously degraded.

The Amazon Rainforest in Brazil is under the greatest threat

Deforestation as a problem is largely concentrated within a small number of countries that have large areas of tropical rainforest.

In 2020 around 40% of all global deforestation occurred in Brazil.  In fact, Brazil has been consistently destroying around 1.5 million hectares of rainforest every year since 2016.

The next most serious problem can be found in the Democratic Republic of Congo, which has accounted for around 10-15% of deforestation in recent times.

Bolivia and Indonesia are the next most significant contributors, although, in the case of Indonesia the rate of deforestation has recently declined.

We lose trees every year to a variety of causes, both natural and unnatural.

A major World Resources Institute study found that between 2001 and 2015 tree loss could be attributed to the following sources:

Whilst growing urbanisation creates a demand for land that can threaten forests, the growth of human urban centres actually accounts for very little deforestation (just 0.6%).

So forests are not being cut down because people need space to live.

A far more serious problem is commodity driven deforestation, where forests are being cleared simply to allow us to grow commodity crops such as soy, palm oil or rear cattle.  This accounts for 27% of forest loss and is a major cause of deforestation in countries like Brazil.

What can be done?

The big question we face is what can be done about all this?  How can we save our forests?

In the case of the Brazilian situation we can all make a limited impact by reducing our intake of processed meat.  But ultimately real change can only be made if the Brazilian government can be persuaded to act.  Unfortunately, at this time, with other priorities such as covid taking up so much political time, we are unlikely to see much positive action.

Now the Brazilian government have argued that the management of their own resources is their own affair.  However, 10% of all the world’s wildlife species live in the Amazon and the Amazon rainforest accounts for 54% of all the world’s rainforests.  It can therefore justifiably be viewed as an important global resource and we should all encourage our own governments to work more closely with countries like Brazil and Bolivia to stem the tide of deforestation in this region.

We might do this individually or by supporting organisations such as the World Wildlife Fund or Rainforest Alliance which are actively campaigning to help preserve these crucial environmental resources.  But, whatever we do, we should all remember that we don’t have the luxury of time to solve these problems and, every year, a further 4 million hectares of forest are likely to disappear.

Synchronix is a full-service market research agency.  We believe in using market research to help our clients understand how best to prepare for the future.  That means understanding change – whether that be changes in technology, culture, attitudes or behaviour.

We offer market research services and opinion polling to clients actively campaigning on behalf of the environment and engaged in the green economy.  You can read more about this on our website.